Happy 4th of July! We Have Not Yet Begun to Fight!

American schoolchildren have long been raised to feel pride in that date. We were raised to believe that 1776 means many things: Victory. Democracy. Independence. We think of that as the date when America became America.

—It was 1775 when Patrick Henry declared “Give me liberty or give me death!” in an attempt to rouse troops to fight in Virginia.

—It was 1775 when Paul Revere took his ride, when the battles of Lexington and Concord were fought, and the Battle of Bunker Hill.

—It was 1779 when John Paul Jones declared “I have not yet begun to fight!” before losing his ship, but ultimately winning.

—It was 1783 when the Treaty of Paris ended the Revolutionary War, and we could begin the hard work of creating a functioning nation.

So what was 1776? It was just a point along the process, a single year in a long, long fight.

WATCH IT HERE! Defending Democracy — "I.C.E. in N.J.: How It Affects Our Community & What We Can Do About It"

Did you miss our powerful, moving Zoom discussion (6/22/21) about I.C.E. in N.J., with advocate Kathy O'Leary and refugee/activist Carlos Sierra? Watch it here! 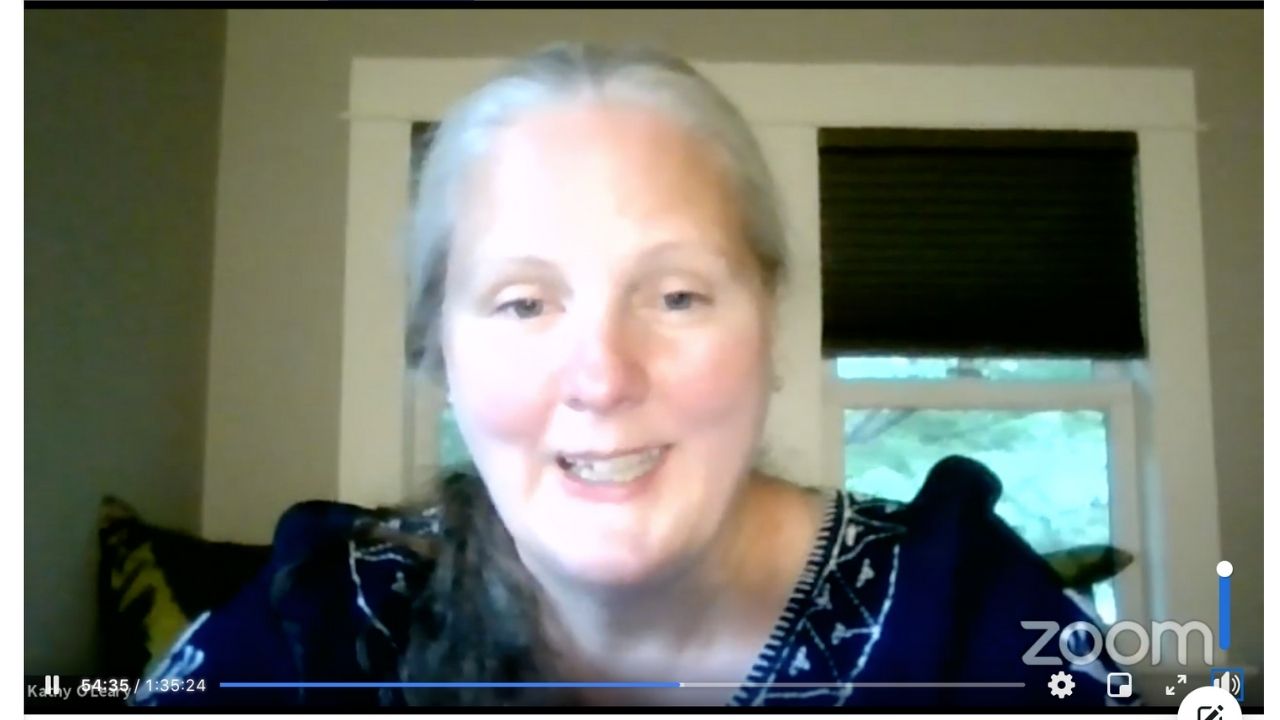 Kathy O'Leary explains how I.C.E. functions here in NJ, the lack of oversight and accountability they take advantage of, and current legislative solutions we can support to keep them in check. 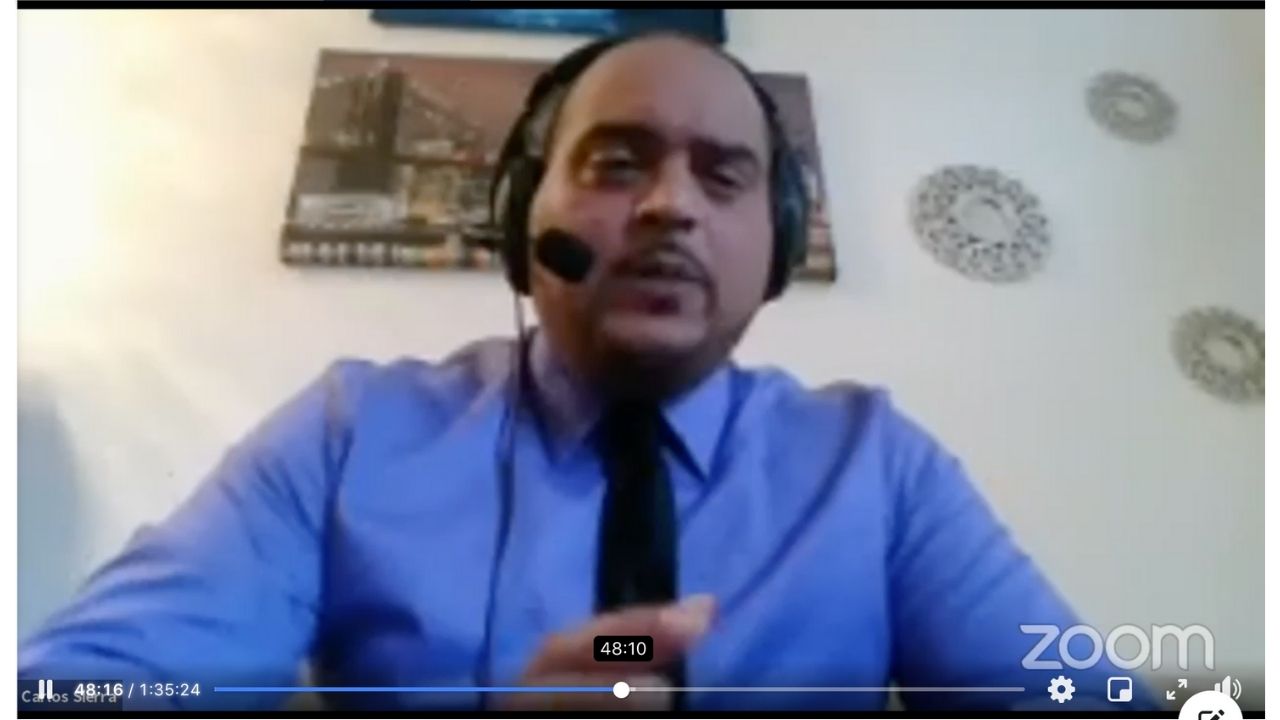 Carlos Sierra, a refugee and activist, discusses the impact of I.C.E. on immigrant families, and the hardships and injustices he faced during the two and a half years he spent incarcerated at the Essex County Detention Center.

WATCH IT HERE! Defending Democracy — "REPARATIONS: What You Need to Know"

Did you miss our Zoom Q&A session about REPARATIONS, with Ryan Haygood of the New Jersey Institute for Social Justice? Watch it here! 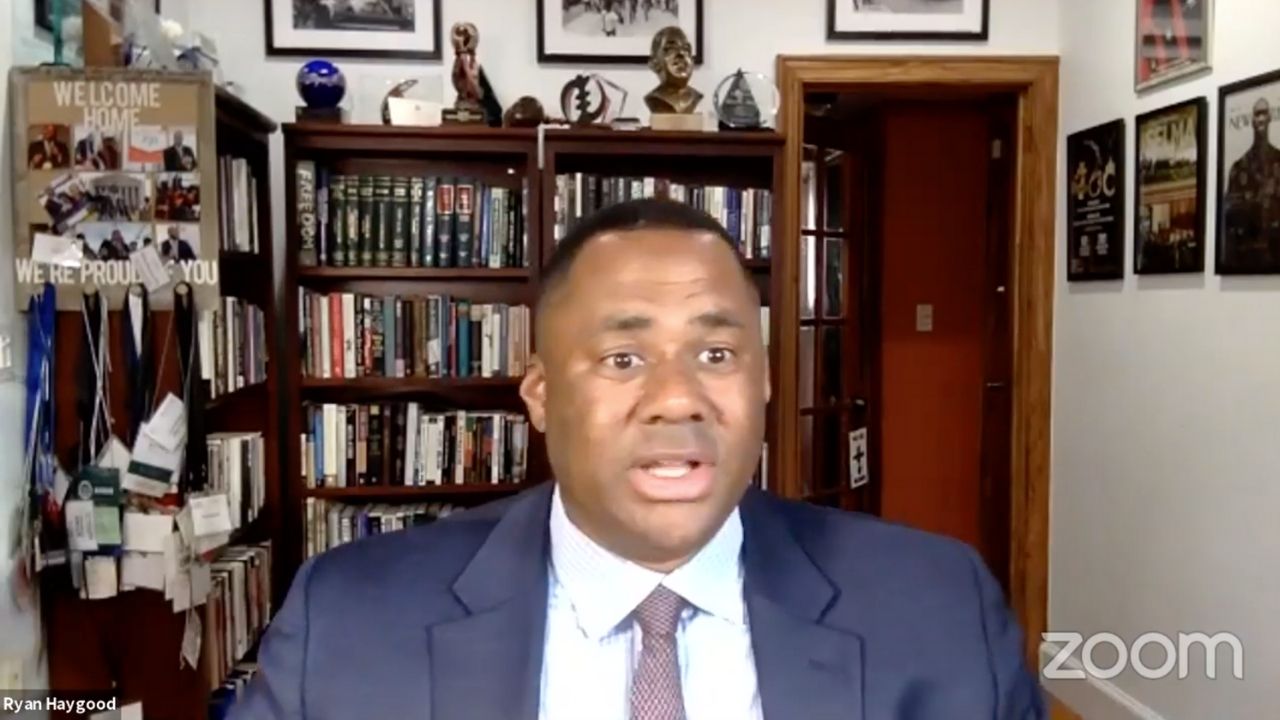 NEWSLETTER: Tues 6/22 Defending Democracy Event— I.C.E. in N.J.: How It Affects Our Community & What We Can Do About It 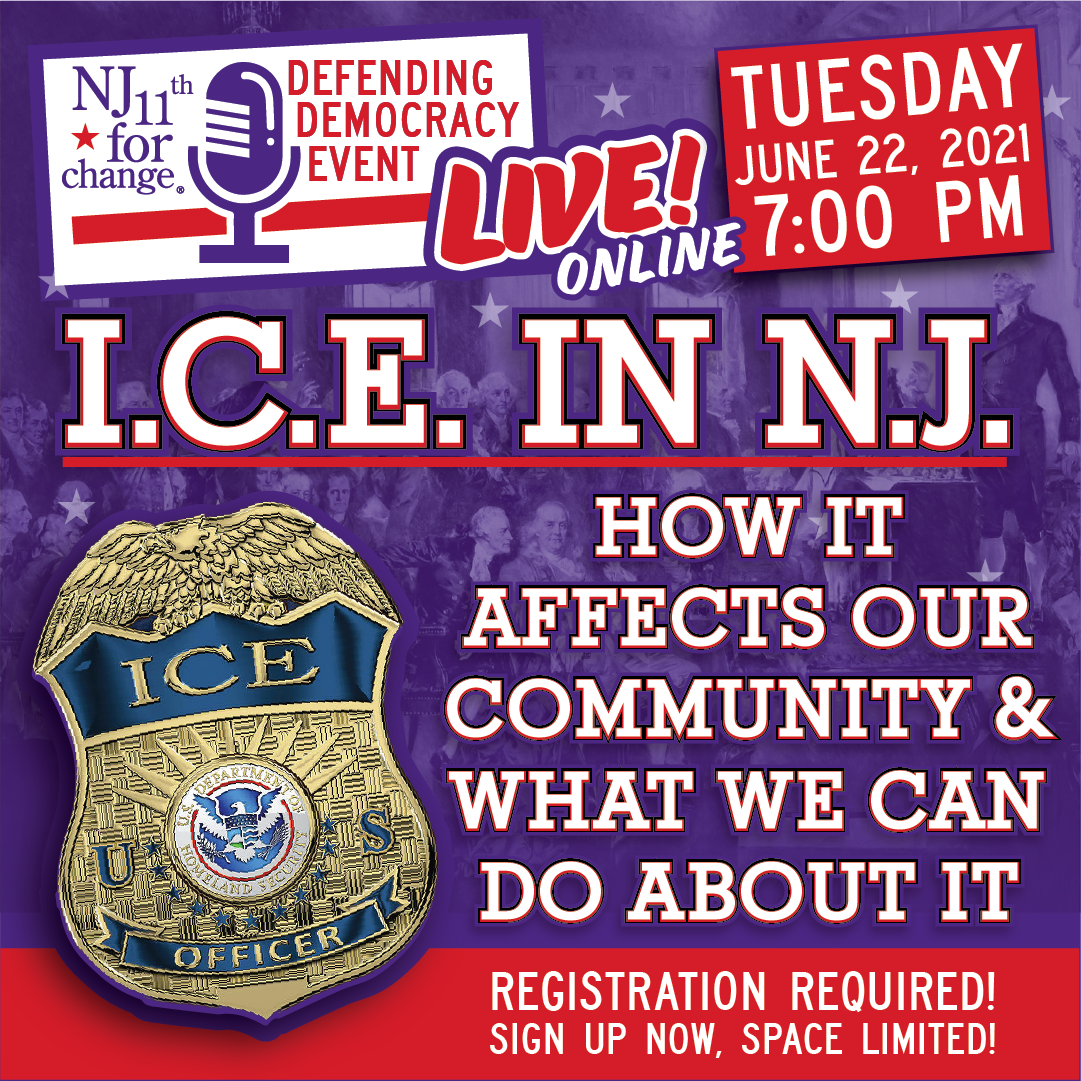 Join us on TUESDAY, JUNE 22 @7:00 pm.
More info below. SPACE VERY LIMITED!
Register here to get the Zoom link!

I.C.E.'s abuse of power is not a problem just in border states — it's a problem right here in New Jersey! But what can we do about it?