Tip of the Week: Webber vs. Renewable Energy

Electricity production is the #1 source of greenhouse gases, accounting for more than driving and flying combined.  A bipartisan team of former New Jersey governors warned environmental protections are fundamental to our health and well-being. New Jersey legislators have passed laws to protect us against unregulated pollutants that increase health risks. But not Jay Webber. He voted against a bill to improve and expand the state’s renewable energy sources. Fortunately, the bill passed anyway with bipartisan approval.

Tip of the Week: Mikie Sherrill on Climate Change

New Jersey stands out in protection of its diverse natural resources – from the beaches of Atlantic County to the mountains of Sussex County. With climate change upon us, these resources are increasingly vulnerable. Congress is determined to roll back bipartisan progress on environmental and energy issues, so this issue is more critical than ever. Mikie Sherrill knows that “[c]limate change is real and...shouldn’t be a partisan issue.”

“With 130 miles of coastline, New Jersey will pay a terrible price if we don’t take meaningful action to end our reliance on foreign fuels and transition to a clean energy economy,” says Sherrill.

Do you smell something burning? We sure do. And you know what it is?  Jay Webber’s pants. Because they’re on fire!

So what's on the malarkey menu this week for Jay?

The Truth: The New York Times spotlighted Webber’s lying ways in the lead of a story this month about how Republicans are using the “Abolish ICE” movement to smear Democratic candidates. The Star-Ledger editorial board stated its case even more bluntly: “This is Webber's first real moment of stepping out in this race, to fill the 11th district seat of retiring Rodney Frelinghuysen,” the piece said, “and he's flat-out lying.”

Mikie Sherrill, a former Navy pilot and a federal prosecutor, does not support abolishing ICE and does not believe in open borders. Nor did her campaign organize events calling for the abolition of ICE. “Mikie Sherrill will always stand up for our men and women in uniform and our community,” says Essex County Sherriff Armando Fontoura. “When Assemblyman Webber questions her dedication and her service to our country, he lowers himself.”

Ballot Box or Mailbox? How to Vote By Mail

The midterm elections on November 6 are too important to sit out.  The person we elect to Congress will have enormous impact on our district, and on the effectiveness of checks and balances from Congress.

Vote By Mail is the easiest way to be a VOTER this year. And ANYONE can do it – whether you’ll be in town or out of town on Election Day. 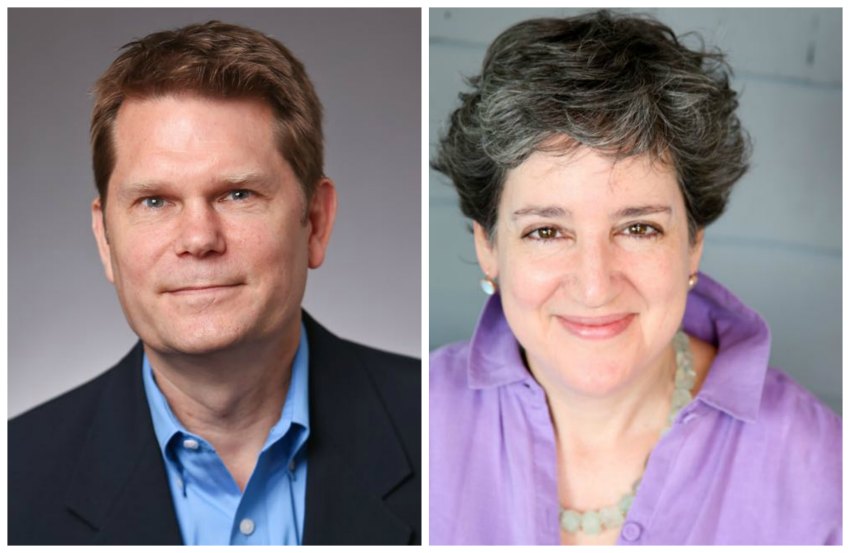 Part One, "An Evening With a Former FBI Agent," features Mike German, a fellow at the Brennan Center for Justice who served 16 years as a special agent with the Federal Bureau of Investigation.

Since 9/11, U.S. intelligence agencies have taken actions, in our name and in secret, that would shock and disturb many of us if we truly understood them. German takes a closer look at some of these tactics, discussing how cultivating fear comes straight from the authoritarian playbook, and considering the solutions to be found in strengthening our local communities.

NJ 11th FOR CHANGE STATEMENT ON THE NOMINATION OF BRETT KAVANAUGH FOR U.S. SUPREME COURT

Kavanaugh, currently a judge on the U.S. Court of Appeals for the District of Columbia Circuit, has a troubling and consistently conservative record that appears to be in line with the current administration’s tendency to challenge federal policy and the rule of law.

In a 2012 law review article regarding separation of powers, Kavanaugh argues that presidents should be exempt from criminal investigations, prosecution and civil lawsuits while in office – a distinct red flag, considering the legal clouds that surround the Trump White House.

In 2011, Kavanaugh wrote a dissent arguing that Washington, D.C.’s local assault weapons ban was unconstitutional.  In 2015’s Priests for Life v. HHS, he supported upholding an employer’s right to exclude birth control from employee health coverage. And in 2017, Kavanaugh participated in a heated battle over Jane Doe, a teenage immigrant seeking an abortion, arguing in a dissent that imposing a delay on the procedure did not present an undue burden.

He has also issued a series of opinions in cases involving the Environmental Protection Agency that have displayed a tendency to whittle away at Obama-era EPA regulations, according to a profile at SCOTUSblog.

These aspects of Kavanaugh’s legal career fail to align with our district’s values of accountability, equality, inclusivity and compassion. Neither do they align with our concerns about important issues such as reproductive health, the environment and gun safety legislation.

Supreme Court decisions are not esoteric footnotes. They have direct and profound impact on the everyday lives of people from all walks of life in our country -- and in our diverse congressional district.

We are hardly alone in finding Kavanaugh’s record troubling. Back in 2006, Sen. Chuck Schumer, D-NY, observed at the judge’s confirmation hearing that Kavanaugh was a “very bright foot soldier” for a “partisan political fight.” Kavanaugh’s record on gun legislation drew extreme misgivings from the gun-violence prevention groups Everytown for Gun Safety and Giffords Courage to Fight Gun Violence. And Sen. Elizabeth Warren, D-MA, had this to say: “Brett Kavanaugh's record as a judge and lawyer is clear: hostile to health care for millions, opposed to the CFPB & corporate accountability, thinks Presidents like Trump are above the law – and conservatives are confident that he would overturn Roe v. Wade.”

We cannot deny this choice causes us great unease. But we will face it like we face all the challenges of these trying times - with our sleeves rolled up to fight for what’s right. In this case, that includes demanding our Senators, Cory Booker and Robert Menendez, not only vote against this nominee, but lead the fight to make sure he does not join the Court where he can cause serious damage for decades to come.

June 27, 2018 -- NJ 11th for Change joined the collective gasp across the country today over what  Supreme Court Justice Anthony Kennedy’s retirement might mean for our democracy for decades to come. Like Americans everywhere, we count on the courts, including the highest in the land, to uphold the rule of law and protect our rights. While there has been no shortage of troubling decisions issued by the current Court, today’s political landscape provides much reason to worry about what lies ahead and whether those fundamental tenets will be given due consideration when Kennedy’s replacement is chosen.

News like this only serves to motivate us and makes us work harder to get people to vote. We must elect members of Congress who will earnestly and responsively represent their constituents, serve as the proper check and balance demanded of the legislative branch, and work to promote equality, compassion, inclusivity and a decent quality of life. In NJ's 11th congressional district, we believe the right person for that job is Mikie Sherrill.

Fridays For Families Calls For End To Cruelty At Border

Yesterday, about 200 of you joined NJ 11th For Change and several other organizations at the inaugural Fridays for Families -- a vigil in front of Rep. Rodney Frelinghuysen's office in Morristown to express opposition to the Trump administration's draconian policies leading to indefinite detention of families, including those with young children, at the U.S. border. There were passionate, informative speakers, a lot of excellent signs, and a great sense of shared purpose. If you missed it -- don't worry. Fridays for Families will be continuing weekly at Schuyler Place.

NJ 11 for Change Political Director Elizabeth Juviler had audience participation going with a show-of-hands-exercise -- how many people present had immigrants in their families? (Answer: Lots.)

Also among the speakers was Mikie Sherrill, the Democratic candidate for the 11th District congressional seat, who asked, "How are they going to reunite these families?" She reminded the audience that in a democracy, every one of us is "responsible for our government." 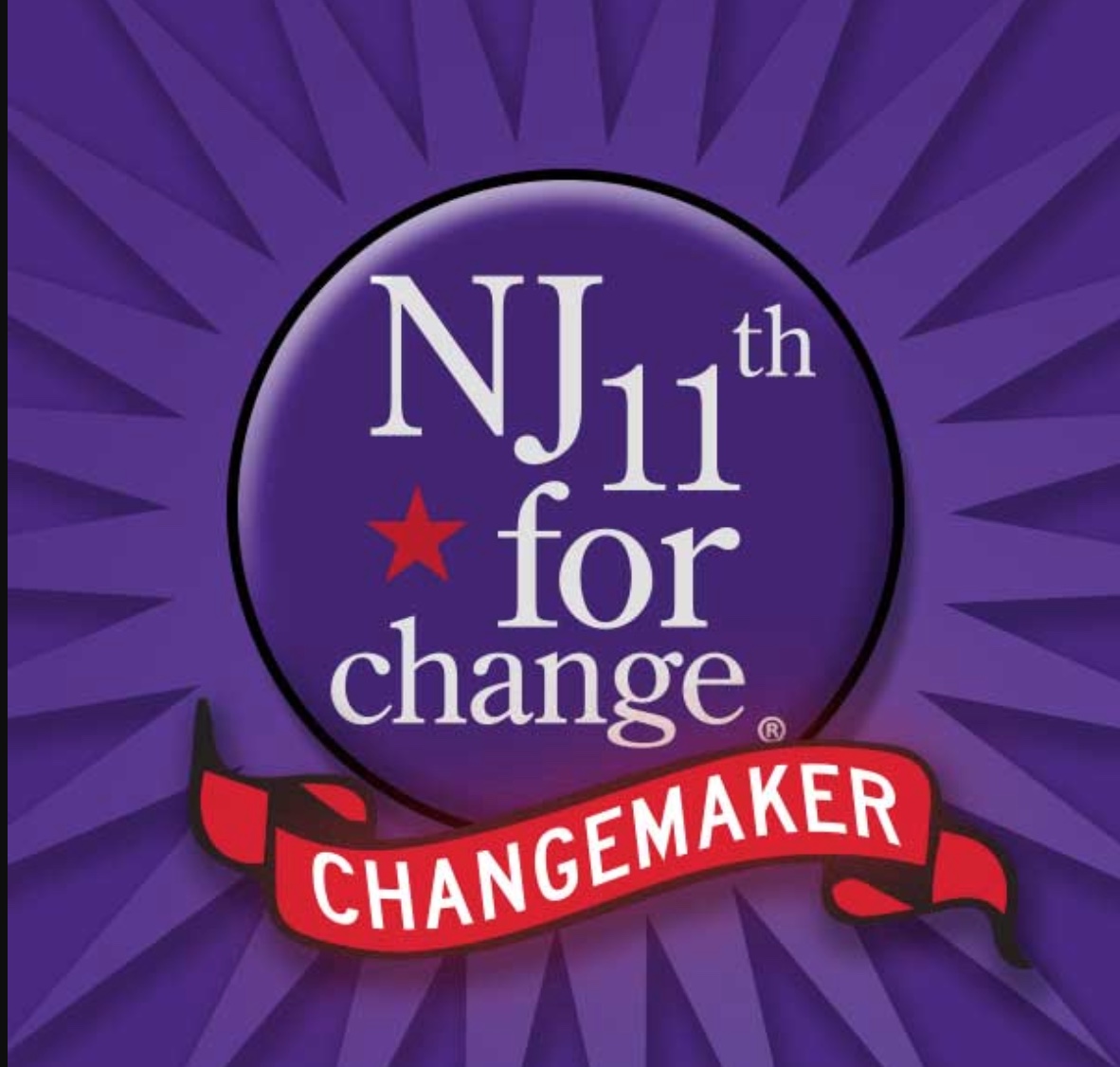 Editor's Note: NJ 11th for Change wouldn't be what it is without the hard work done by our fantastic volunteers. We've started saluting Changemakers on our Facebook page, highlighting specific efforts that fuel our particular engine of democracy.

This week's Changemaker ... The Newsletter Writers!

Don’t you love how every Tuesday, among all the junk and Gap coupons and family dramas, something really worth reading arrives in your inbox? That's right: the NJ 11th for Change newsletter!

These bits of eloquent prose are chock-full of information: what’s up in the organization; what’s up in the news that we’re focusing on; how to take action to make change happen; where to find those super useful Talking Points, and -- of course -- the thorough list of Town Team events happening each week that form the engine of our beautiful community. These communiqués make us learn, make us act, make us laugh, and sometimes even make us cry. They elicit positive feedback on a regular basis from people who are tickled by the smart, entertaining, informative writing that keeps them in the know.

It’s not easy putting these together week after week – choosing the topic, writing/reviewing/editing, gathering all the Town Team events. But our newsletter heroes pull it off again and again with good cheer and good grammar.

So here's to you, Leslie Bockol, Peg Rosen and Lynn Perlmutter!

And if you’re one of the 3,000 people who are on our Facebook group but don’t receive the newsletter, change that now! You’re seriously missing out. Go to nj11.org and click "Join Our Mailing List."

Fridays for Families on June 22

Fridays for Families Vigil in Morristown to Call for End to Cruelty at U.S. Border

MONTCLAIR, NJ — On Friday, June 22, NJ 11th for Change and seven other organizations will be holding Fridays For Families — a vigil in front of Rep. Rodney Frelinghuysen’s Morristown office in opposition to the Trump administration’s draconian policies leading to the separation and indefinite detention of families, including young children, apprehended at the U.S. border. The groups will call on Rep. Frelinghuysen — who spoke out against the atrocious policy of separating children from parents — to take a leading role in Congress to ensure humane treatment of migrants at our nation’s borders, including those seeking asylum from dire conditions in their home countries. This would include the immediate reunification of families that have already been separated.