The Rodney Report: A 500 Year Flood

One week before Harvey hit the Texas coast, pouring 40 inches of rain like a waterfall down on Houston and surrounding communities, President Trump signed an executive order  rescinding requirements for flood protections for federally funded buildings and infrastructure. This order reverses an Obama executive order requiring that new public infrastructure projects—like subsidized housing, hospitals, and fire departments—be built a few feet above the “100-year floodplain,” or the height at which there is a 1 percent chance of experiencing an enormous flooding event.

The requirement accounts for future sea-level rise predicted by “the best-available and actionable science.” Obama’s order was the first time the federal government took sea-level rise projections into account, instead of relying only on historical data.  As with many of his executive orders, Trump ignores the problems addressed and progress made by his predecessor in what seems to be an obsessive dismantling of Obama’s acts.

Flooding is already the nation’s most common and costly disaster. Officials have estimated that the United States suffered $260 billion in flood-related damages between 1980 and 2013.

Even many conservatives are dismayed by Trump’s action. Flood-policy expert Eli Lehrer, president of the libertarian R Street Institute, said revoking the flood-protection requirement will be costly to taxpayers. "The Trump administration is acting very rashly in part out of the desire to undo a climate measure under the Obama administration. This is an enormous mistake that is disastrous for taxpayers. The [Obama] rule would have saved billions of dollars over time.” There is evidence showing that for every $1 spent on disaster mitigation, $4 is saved in post-disaster recovery and rebuilding costs.

What can Rodney Frelinghuysen do about all this? A positive step was securing some initial funding for the Gateway Project’s new Hudson River tunnel. But will the building codes take into account the impacts of climate change to bolster the new infrastructure, or will Frelinghuysen go along with the President’s plan to build new infrastructure that will be at risk?

Legislation to watch: The National Flood Insurance Program (NFIP) must be reauthorized by Congress the end of September. There are competing proposals in the House and Senate.

Congress must also deal with the thorny question of how best to fund a detailed update of U.S. flood maps. Many are woefully outdated and do not reflect changed flood risks, not to mention future risks for factors such as sea-level rise. Trump asked for devastating cuts to NOAA, including a 26% cut to the Office of Oceanic and Atmospheric Research. Frelinghuysen’s Appropriations Committee has included these cuts in their budget proposals.

When appropriations funding for Superstorm Sandy aid passed the House four years ago, support from Republicans was so slim that then-Speaker John Boehner had to bring the vote to the floor over the vocal objections of other leaders in his own party. 179 of 180 Democrats voted for the so-called “13th spending bill,” while only 49 House Republicans supported disaster relief. Notably, every Republican from the Texas delegation voted nay. Those who opposed the aid demanded offsets from elsewhere in the budget to pay for relief.

When Congress reconvenes next week they will face a similar challenge on deadline with the passage of 12 appropriations spending bills. There’s the potential for rewriting several of these bills to re-appropriate funds to deal with the magnitude of Harvey’s disaster. But the landscape is dicey: The president is already at odds with conservatives in his party who would resist raising the debt ceiling to fund the proposed budget, while Trump gleefully promises to shut down the government if his border wall is not funded. And few believe that Texas will go without federal storm aid. Three of her representatives (John Carter, Kay Granger and John Culberson) all chair appropriations subcommittees, and her two senators are similarly powerful. 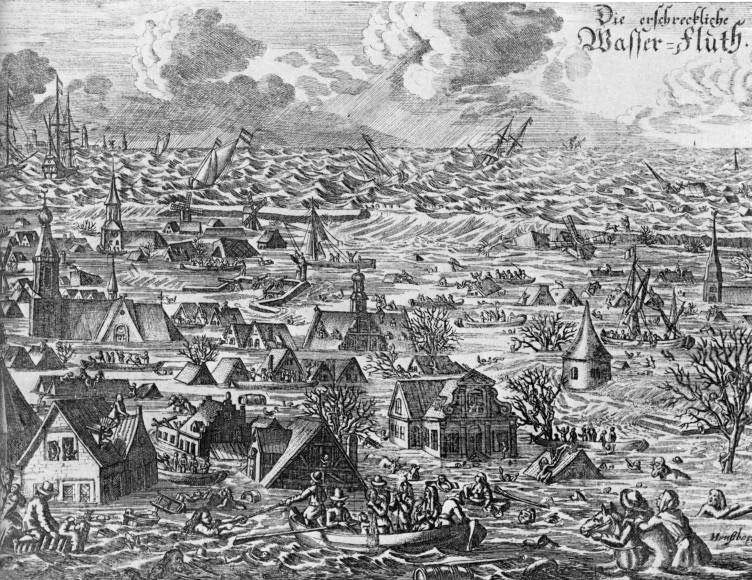 The proposed fiscal-year 2018 budget does have room for trimming, with the $1.6 billion down payment on the border wall and over $4.6 billion for expansions of detention centers for immigrant families and new hires for ICE and border patrol agents. Congress might also reconsider the $74 billion increase in the Department of Defense budget that Frelinghuysen proudly supported.

There is no room for cuts, however, in programs that support “children, families, working people, students and the elderly,” according to Olivia Golden, executive director of The Center for Law and Politics. Cuts to food programs like SNAP, to Pell grants and job training and refugee programs are being slashed as we have seen, but Golden explains in The Hill that following the 10-year blueprint laid out by Congress, “on the “non-defense discretionary” side, funding by 2027 would be a remarkable 44 percent below 2010 (adjusted for inflation). That means low-income Americans would lose a lifeline wherever Congress cuts dollars directly — from Head Start, after-school programs, youth programs, workforce training resources, etc.”   These are the cuts necessary to fund the detention, border and military increases as well as the tax redistribution in works for the fall.

So where will Congress find the money to assist the 54 Texas counties now drowned by Harvey? Representative Frelinghuysen often says he’s “got the power of the purse.” Constituents will be watching how he uses it.

What’s In That Bill (And Our Drinking Water)?

In last Friday’s newsletter, Frelinghuysen waxed enthusiastic over $2.4 million secured to protect 586 acres in the Highlands region, part of a $10 million outlay in Highlands Conservation Act funding secured in fiscal year 2017. But this happy news must be weighed against projected funding cuts for 2018, which are poised to have a striking impact on environmental protections.

The 2018 Interior and Environment Appropriations Act skews heavily toward a weakened EPA, while privileging fossil fuel interests. Overall, the agency’s budget will be cut by $528 million. Now, somehow they’ve eked out a $47 million increase in Superfund cleanup funding, which is a good thing for NJ-11, since our district contains one of the highest numbers of Superfund-eligible sites in the nation.

But Superfund site remediation, important as it is, is only one part of the cleanup mosaic. Another aspect of environmental health is a water supply free of contaminants. And this is where the budget’s $250 million cut to the Clean Water Fund raises red flags for New Jersey, a state withthe fourth-highest number of people served by water systems in violation of federal standards. Only Texas, Florida and Pennsylvania outrank us in this department, according to the nonprofit watchdog group National Resources Defense Council (NRDC).

In 2017, 25 New Jersey school districts, including Morristown and Parsippany-Troy Hills, tested positive for lead levels above those deemed safe by the federal government. Just a year ago,138 towns in New Jersey, including 17 in the 11th district, showed higher-than-acceptable levels of  chromium (the toxin made famous by Erin Brockovich).

In August, the EPA awarded New Jersey a $70 million grant to help upgrade the state’s sewage and drinking water systems – a step in the right direction. But clearly there’s a lot of work to be done here and nationwide – and how much it can continue is a question given the FY18 budget cuts in this area.

The Interior bill did give a gift to mining interests in the form of a rider forbidding the EPA from ensuring that mining companies are financially capable of cleaning up any land and water pollution they may cause. It also includes a rider requiring the EPA to treat air emissions from forest biomass activities as non-contributors of carbon dioxide in the atmosphere.

Overall it’s not a proactive approach to the environment, to put it mildly. In the words of Nita Lowey of New York, the ranking Democrat on the Appropriations committee, the bill “ignores that reality and instead would expedite the degradation of our environment and contribute to conditions that facilitate climate change.”

The suicides, deaths, humiliations and tortures Arpaio perpetrated or oversaw are legion and well chronicled --  the pink underwear he made detainees parade in public; the tent city “concentration camp” he ran under the naked Arizona sun, withholding food, water and medical care from those in his charge; the 9-pound baby girl born dead in his jail after Arpaio refused to bring her mother to the hospital for hours while she labored.

In a move Trump might well admire, Arpaio had two reporters who had been investigating his finances arrested on trumped-up charges, an offense that eventually cost the county a $3.75-million settlement. (Arpaio would cost the county over $20 million in settlements before he was through). But ultimately Arpaio was convicted for contempt of court for refusing to cease his overtly racist tactics. And for this, Trump pardoned him. Sally Yates, who briefly served as Deputy Attorney General before being fired by the president summed up the act, “With his pardon pen, [the president] reveals his own contempt for our Constitution, our courts, and our founding principles of equality and justice."