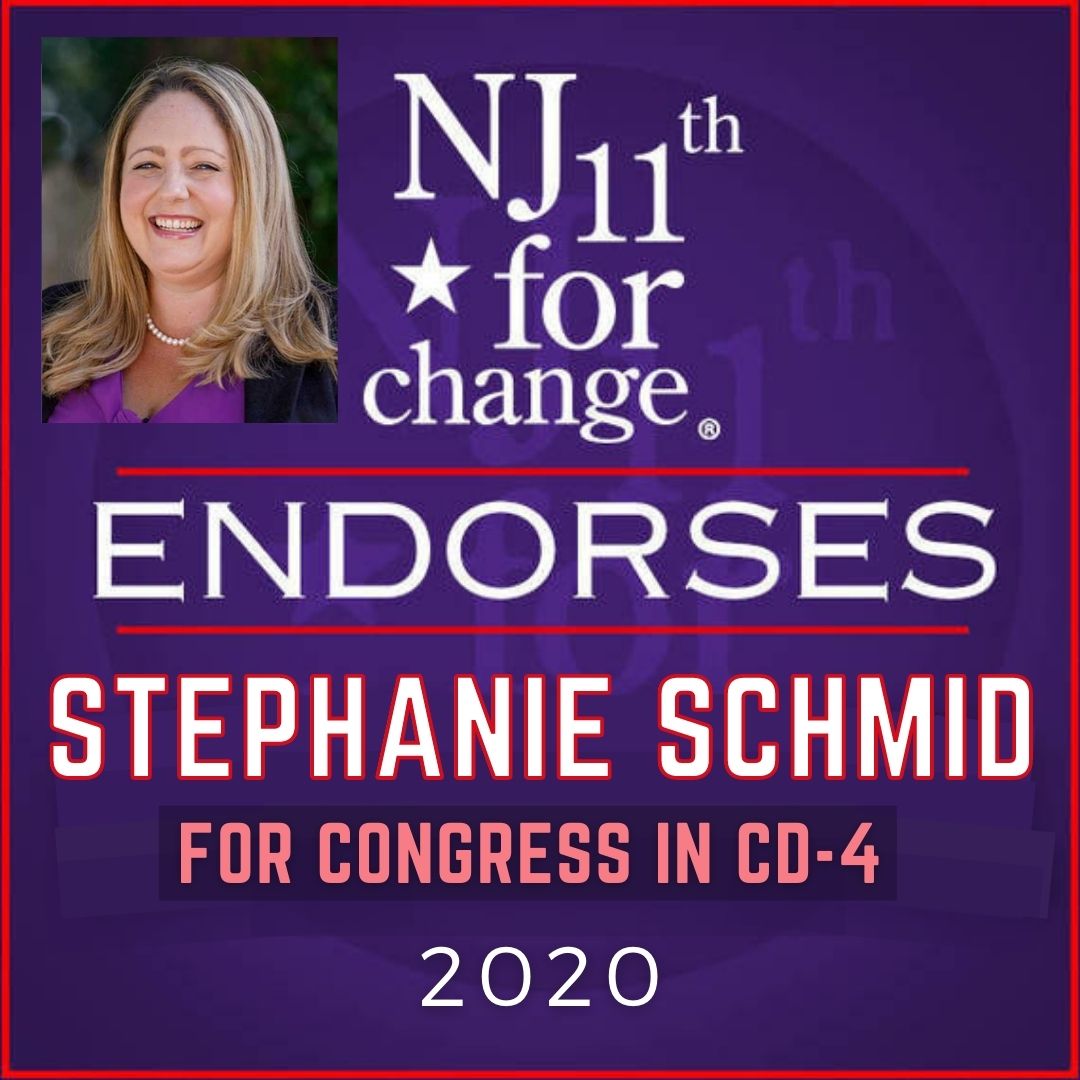 Schmid aims to unseat New Jersey’s only elected Republican Congressman, Chris Smith (CD2’s Jeff Van Drew won as a Democrat). We like what Schmid brings to the table: experience advocating for human rights during her time as a US Foreign Service officer, and working for reproductive rights during her time as a lawyer with the Center for Reproductive Justice. We love that she commits to hosting 39 town halls with constituents in her first term, especially when her opponent has not held one in 26 years. She understands the critical importance of addressing climate change. She favors opening enrollment to a Medicare-like program to the under- and uninsured, and is a strong supporter of unions and collective bargaining.

We are thrilled to support Stephanie Schmid and her campaign as they work their way to victory on November 3!