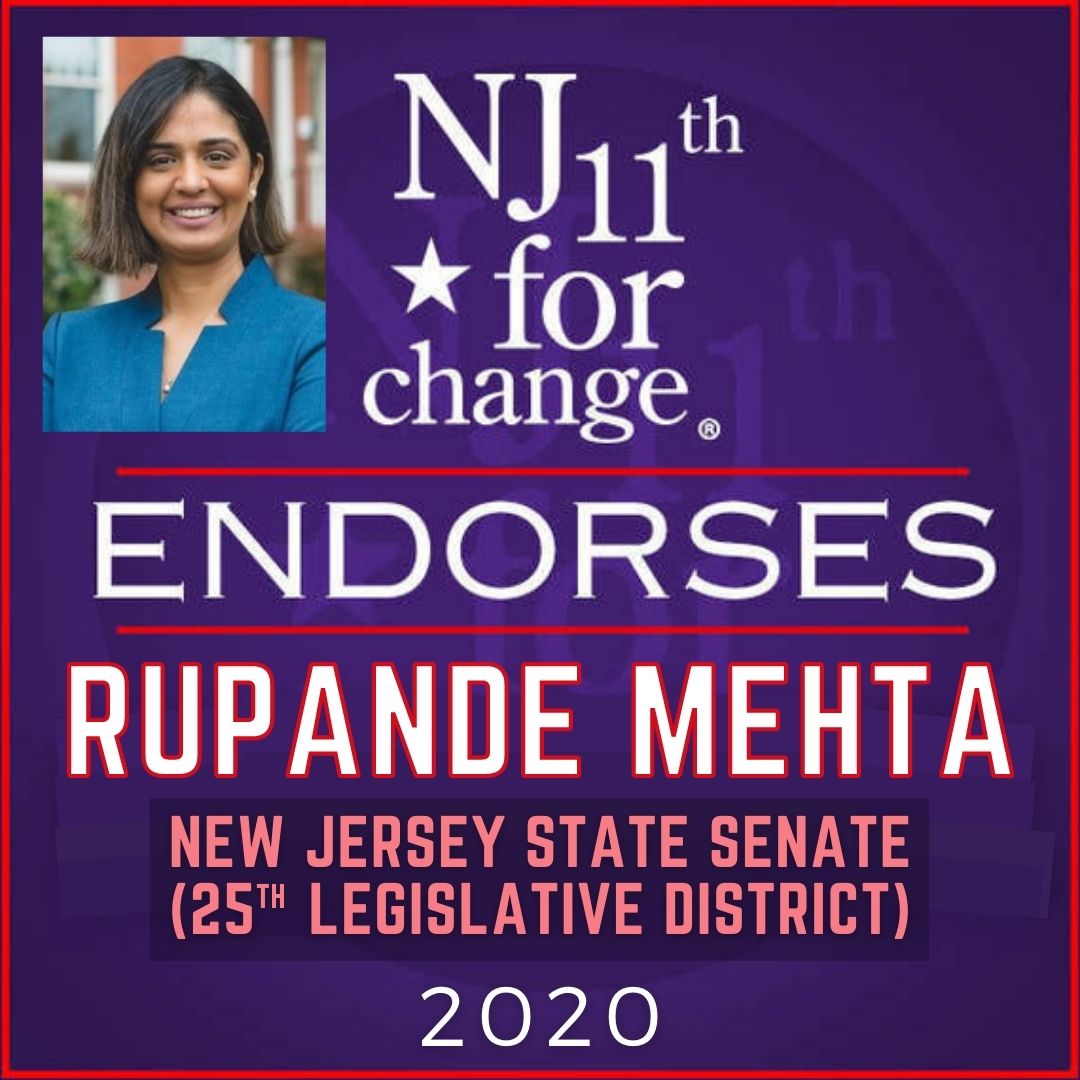 NJ 11th for Change is proud to endorse Rupande Mehta, who is running in a special election for State Senate in LD 25 against incumbent Republican Anthony Bucco, Jr.

Mehta says victory in November  will find her “voting in the interests of the people of LD 25, not the interests of a political party or of special interest groups.” Among her proposed actions: Holding regularly scheduled open public forums; innovating ways to reduce state and local tax burdens, such as regionalizing services; and working to ensure that New Jerseyans do not have to choose between healthcare and paying their bills. As an immigrant and woman of color, Mehta says she “understands the importance of equality among all people, regardless of race, gender, and socioeconomic status,” and believes that stopping the injustice and systemic racism that has been allowed to exist is long overdue.

We are thrilled to support Rupande Mehta and her campaign as they work their way to victory on November 3!