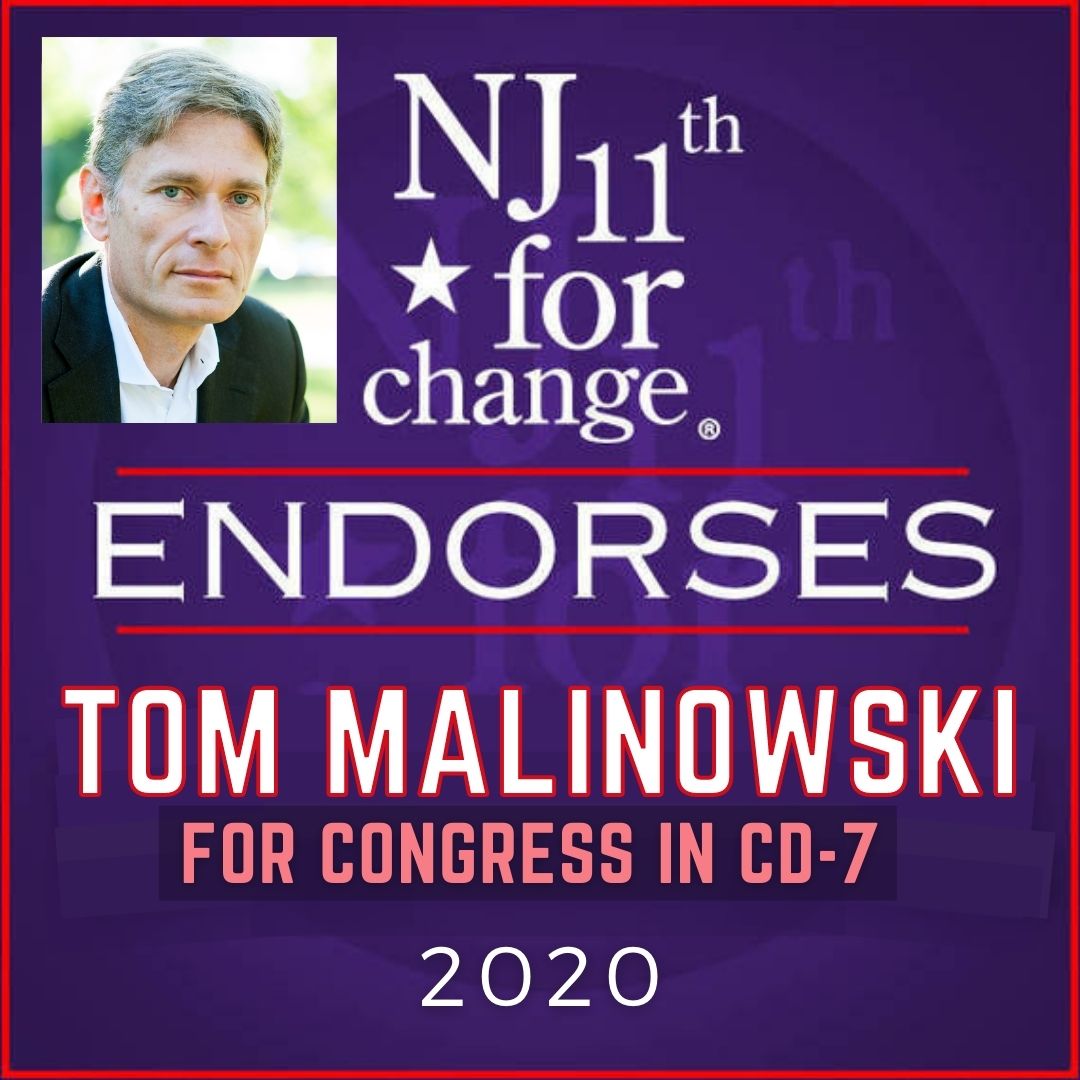 In 2016, Malinowski challenged incumbent congressman Leonard Lance, becoming the first Democrat to represent the district since 1961. Since taking office, Rep. Malinowski has made good on his vow to protect the Affordable Care Act, secure money for the Gateway Tunnel Project and pass a House bill to restore our State and Local Tax deduction (SALT). A vocal advocate during the COVID crisis, Malinowski worked with local and state officials to open the first public testing site for Somerset and Hunterdon County residents and secured loans for 90,000 businesses across the state. Born in Communist Poland and raised by his parents in New Jersey, Congressman Malinowski says he hoped as a child that someday he could “give something back to the country that gave me my freedom.” His record as a tireless fighter for human rights, stricter gun laws, and reforms to limit the role of money in politics tells us he has seized that opportunity and will continue to do so when he is reelected.

We are thrilled to support Tom Malinowski and his campaign as they work their way to reelection on November 3!