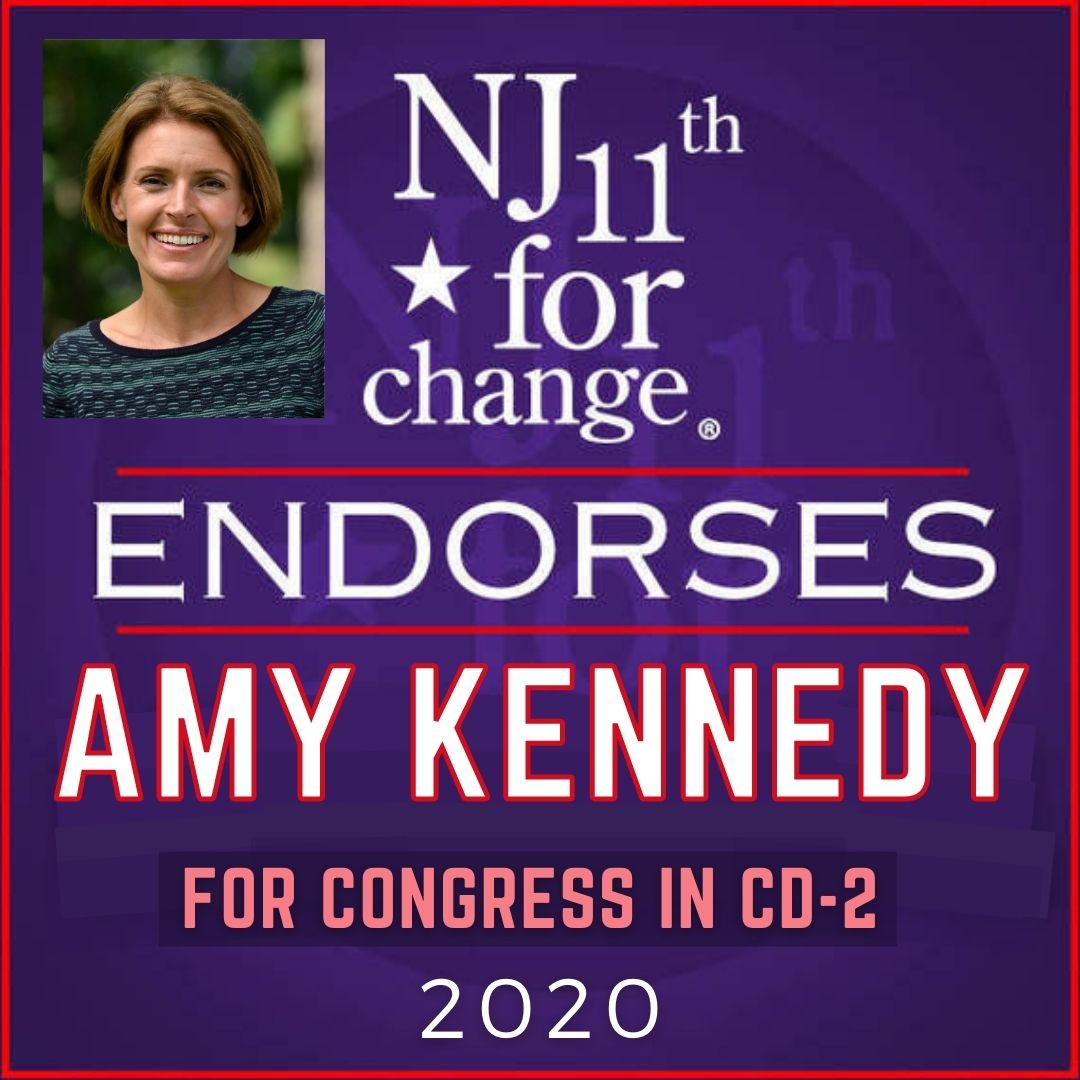 An educator and public policy innovator, Kennedy has devoted her career to supporting public schools and advocating for people with mental health and substance abuse disorders. As a candidate, she is committed to protecting and improving upon the Affordable Care Act; defending South Jersey’s fragile shoreline ecosystem; decriminalizing marijuana; and expanding mental health and drug courts, which allow people to enroll in long-term treatment programs instead of receiving jail sentences.

We are thrilled to support Amy Kennedy and her campaign as they work their way to victory on November 3!